This article will give some helpful tips on creating iGUIDEs for large spaces. It can be surprisingly easy to shoot large spaces over 100k square feet if a pattern is followed.

The green lines represent an example route to follow, refer to figure 1. Approach the space with predictable straight lines and move through it in a zigzag pattern. (The route chosen will depend heavily on the shape and size of the space being captured). The area covered by the green lines roughly represent 50K square feet and took 30 scans to cover it. 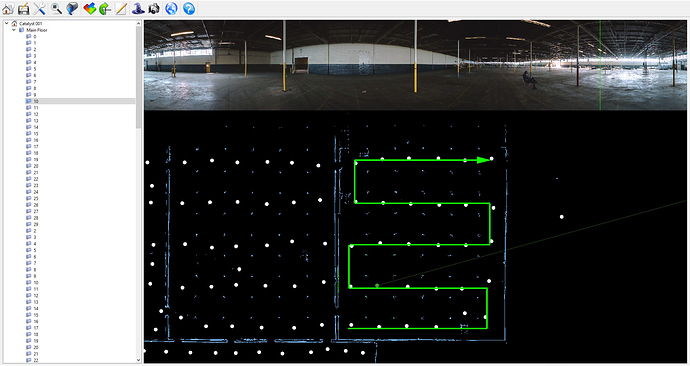 Following a predictable pattern will help keep track of where the user is and what the user is doing while shooting. It will also allow the user to more easily check their work in Stitch at home.

NOTE: Be careful to optimize the initial direction for visually important panoramas.

Use the Map Actions/Grow Map option. This will double the size of the map and allow the user to work on larger spaces. A space over 200k square feet can easily fit on a phone screen with no problems.

If there are no details to measure in the area of a large space then follow the perimeter. The green lines represent the route taken where the scans follow the perimeter and avoid the centre of the space. Refer to figure 2 for an example of a 230k square foot space. 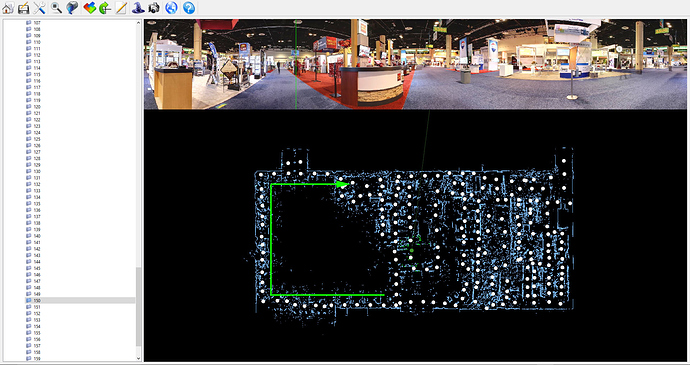 It’s helpful to divide up large properties into separate floors even though they are on the same level. This will give the user the ability to focus on one area at a time. This will require the user to combine these areas later in Stitch by dragging scans from one floor to another.

Figure 3 - Dividing up the spaces 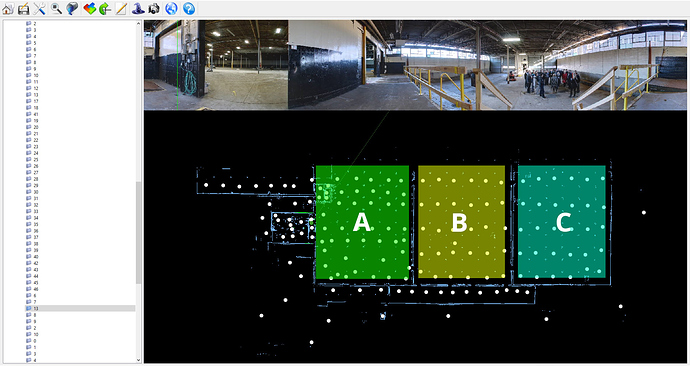 The highlighted areas show what could have been captured separately and combined at a later time. In Survey it would have appeared as three floors, floor A, floor B, and floor C. While in Stitch the floors can be combined by dragging the scans from floors B and C into floor A. Refer to figure 3.

In summary, follow these simple steps when dealing with a large space:

Did you find it helpful? Yes No

Send feedback
Sorry we couldn't be helpful. Help us improve this article with your feedback.